My name is Juuso Kahlos, 24-year-old golfer from Pickala Golf. Would you like to join for an exciting journey that is about to begin very soon?

I have studied and played golf for four years in the University of Central Florida’s golf team. I won my first college tournament in the fall of 2017. In addition, I had an important role in bringing the two wins for the UCF team during the fall. 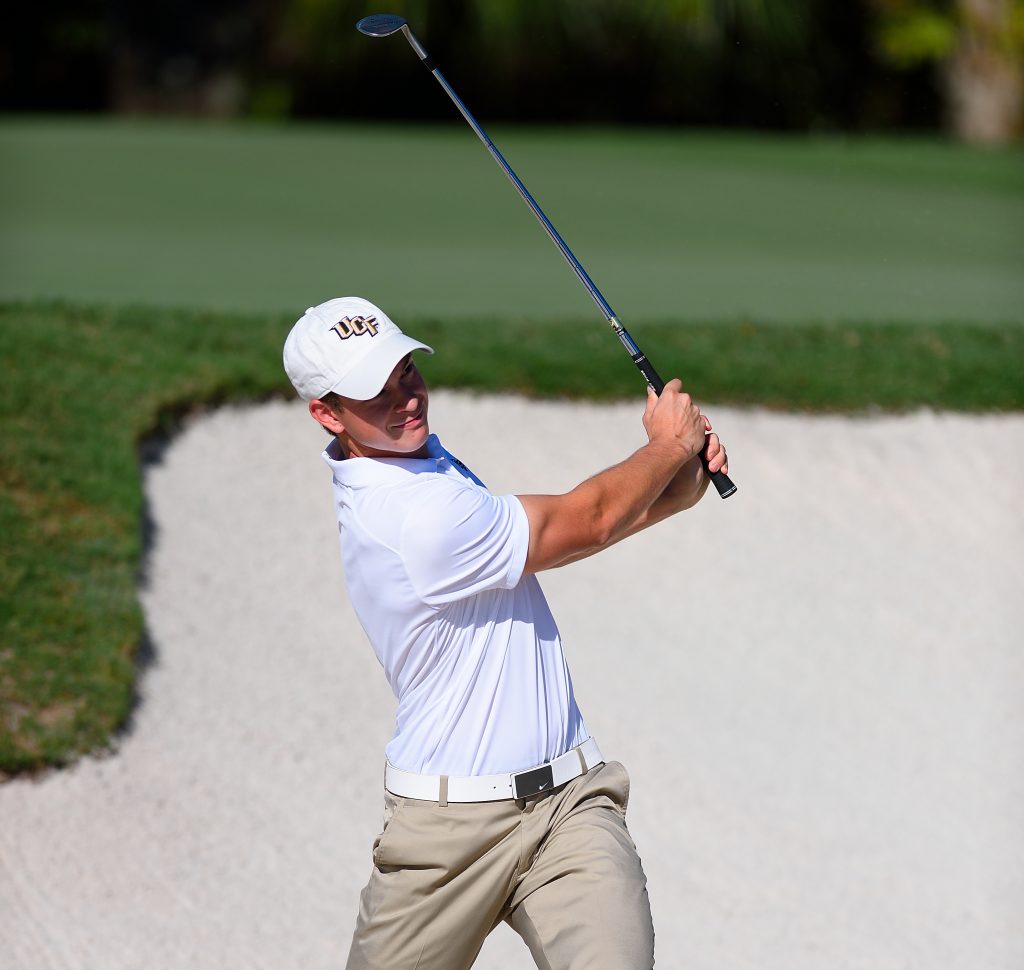 My university coach, Bryce Wallor, won individual tournaments in his university career. Also, during his four years in the University of Rhode Island, they had many appearances in the NCAA finals. As a coach Bryce was demanding and a good coach. UCF has won total of 22 tournaments, and as many as 18 UCF players have achieved personal tournament wins during his career. He does play an important role for the success of these young gentlemen. It’s great to be a part of this school’s golf history with players such as Ross McGowan and Chris Paisley. To this day, they have had great success on the European Tour.

I won the Finnish Championships Erkko Trophy in the summer of 2017, which is the most prestigious amateur golf tournament in Finland. It was a great thing to get name into the same list of winners as in the previous years, such as domestic golfers Jalo Grönlund, Mikko Ilonen and Kalle Samooja.

Four years of university golf at UCF was a great experience and gave me important life lessons. I’ve come a long way as a golfer during these years. I am grateful to my long-term coach Mika Piltz for his guidance that helped me to become part of the amateur national team. I’ve been able to play as a Finland’s representative in the world’s finest amateur tournaments. In 2016, I played the World Championships, Eisenhower Trophy, in Mexico with Kim Koivu and Ilari Saulo and we got ranked 29th. In the summer of 2017, I was able to play the Amateur Championships and the St. Andrews Links Trophy that are well respected amateur tournaments in Europe. These gave me some good experience of high level tournaments abroad.

In 2016 I was fortunate to get a chance to play with Europe’s top professionals at the Vierumäki Challenge Tour competition. I played well and made the cut but I was still quite far from the top of the leaderboard. I ended up tying the 51st place with scores of (71, 70, 75, 69) 285 (-3). I was happy about the results, but at the same time it showed me what kind of work still needs to be done to fight for the win in such tournaments.

It is now time to start thinking about the future as a golfer that me and Mika Piltz have been working for all these years. If all goes as planned, I will think myself of going from the Nordic League and Challenge Tour all the way to the European tour in four years. This is a fast pace. Many Finns have tried to get in to the European tour, but only few have been able to get there. I have played college golf at a highest level that has given me a good set of experience, toughness and self-confidence. Therefore, I am ready for this challenge. I earned my spot in the lineup after the difficult first year.

During my second year of 2015-2016, I started building my role in the team and ended up having a scoring average of 75 for the entire college career. The third year was a bit better with an average of 74.2. The last fall 2017 was great. UCF won two tournaments and in September 2017 I achieved my first tournament win of my college career. During the fall season, I played with an average of 72.8 shots. It feels like every part of my game was starting to improve a bit by bit.

I graduated from UCF in May 2018. One of my four-year trips has come to an end. The other is about to start.